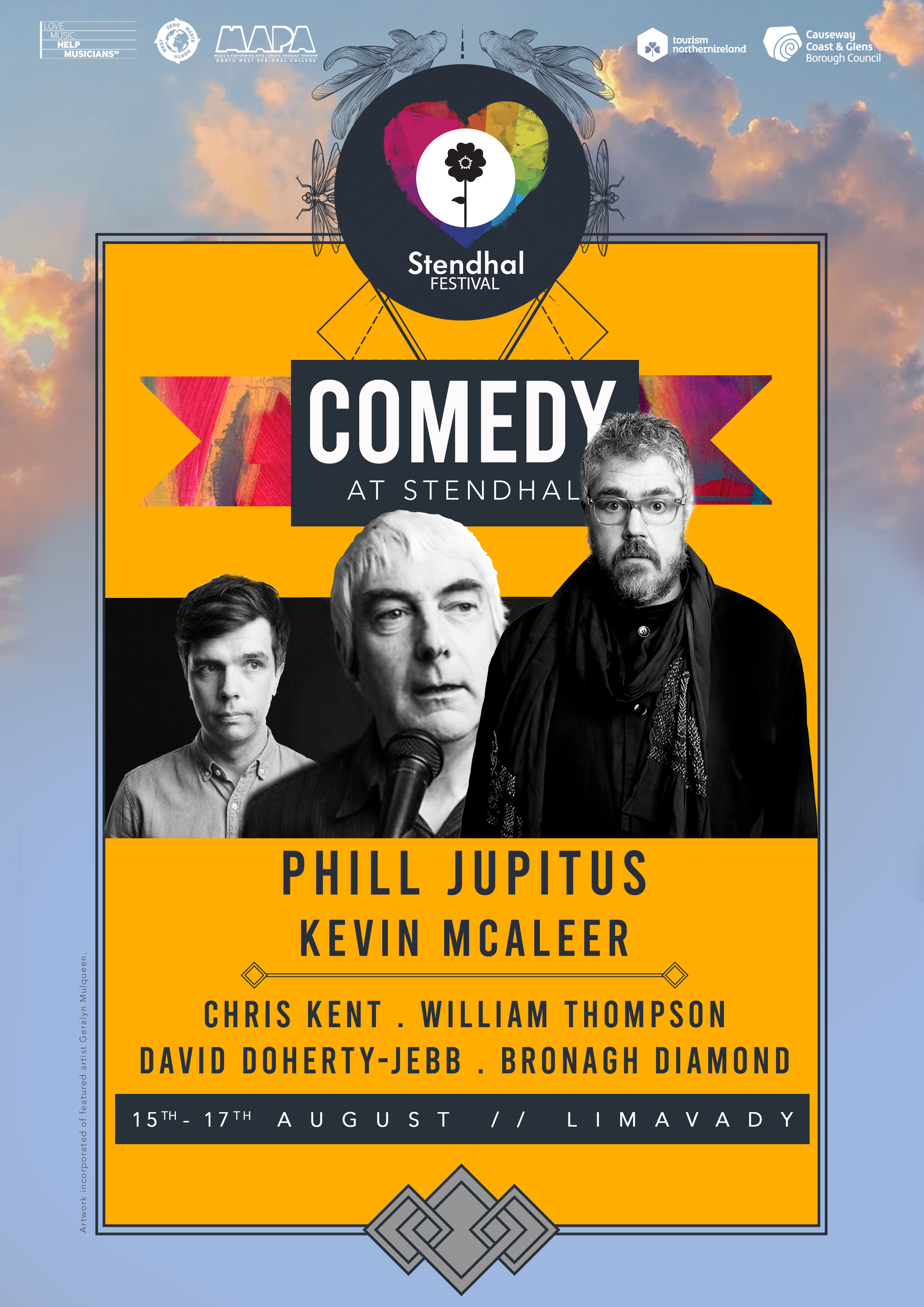 Stendhal Festival have announced that the comedy bill for the multi-award winning music and arts festival will this year be headlined by comedy legend Phill Jupitus.

Joining Phil on the comedy bill are Irish breakout talent Chris Kent, Omagh’s most famous son, (even more so after his turn in the wildly popular Derry Girls) Kevin McAleer and rising stars of the N.I. Comedy circuit; Bronagh Diamond, David Doherty-Jebb and
Known all over the world for not only his stand-up but for his starring turn as a team captain on BBC’s Never Mind the Buzzcocks, his poetry and theatre performances on the West End.

Jupitus’ trademark genial and down-to-earth, quick-wit and incredible ability to improvise means that no two shows are the same and every time an audience leaves a Phill Jupitus performance they have seen something as unique as it is hilarious.

In 2013 Chris Kent was voted as one of the Top Five Irish Comedians by Hot Press Magazine, following on from being listed as “One to watch” in The Dubliner magazine’s ‘Red Hot and Rising’ for 2012.

Having shared the stage with the likes of Bill Burr, Dylan Moran, David O’ Doherty, PJ Gallagher and Neil Delamare, Cork native Chris is himself en-route to becoming a household name thanks to his incredible ability to tell stories in a side-splittingly funny way.

Kevin McAleer introduced himself to a brand new audience with his turn as Uncle Colm but the Omagh Comedy Guru has been delighting audiences with his surreal and deadpan comedy since the 1980’s.

Stendhal Festival Director Ross Parkhill says that the comedy line-up at Stendhal is sure to delight fans of all kinds of stand-up.
“We have a great programme of comedy lined-up for this year that really covers a broad range of comedic styles,” he said.

“Phil Jupitus is a household name right throughout the UK and Ireland and his brand of quick-wit and improvisation will be complemented fantastically by the deadpan, surrealism of Kevin McAleer and the story telling brilliance of Chris Kent.

“The comedy element of Stendhal always proves to be incredibly popular with our audience every year and we can’t wait to hear howls of laughter echoing through the fields in august, courtesy of the fantastic line-up of comedians on show.”