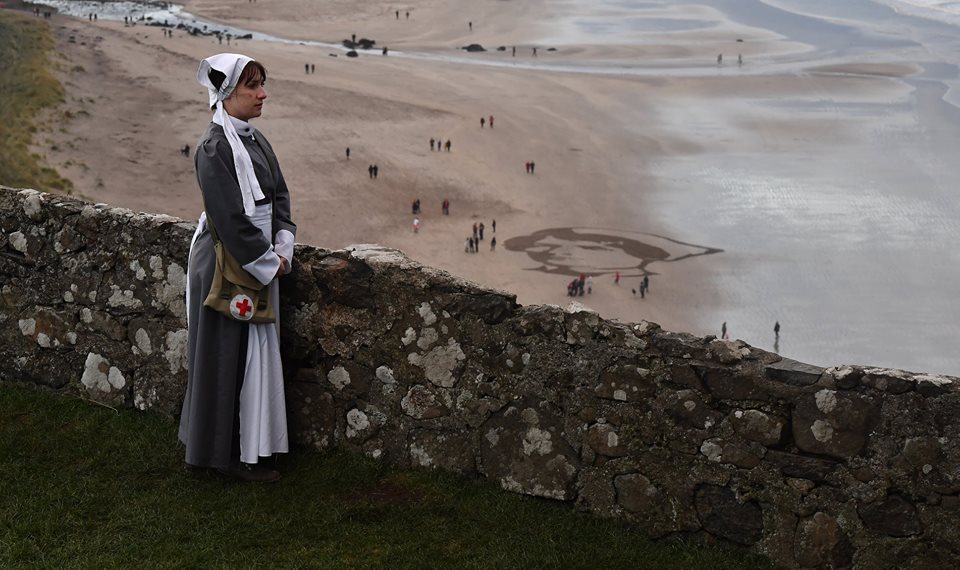 Downhill beach joined over 30 other beaches across the UK and Ireland on Sunday 11 November for Pages of the Sea, Danny Boyle’s commission for 14-18 NOW to mark the centenary of Armistice Day.

The event was an informal, gesture of remembrance for the millions of men and women who left their home shores during the First World War, many never to return.

Stendhal Festival was proud to be asked to participate in the project by our friends at the Nerve Centre and members of our team, led by Karrie Campbell, worked together to create a huge 30m square portrait of First World War Nurse, Rachel Ferguson. 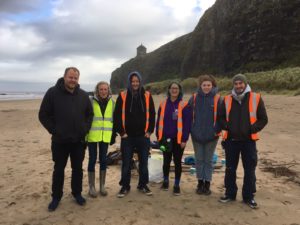 Rachel was the daughter of John Stewart Ferguson and Annie Ferguson, of Lanebrooke House, Moneymore, County Derry. She died on 26th June 1918 at Bordighera, Italy whilst working for Queen Alexandra’s Imperial Military Nursing Service. She is buried in Bordighera British Cemetery, Italy. 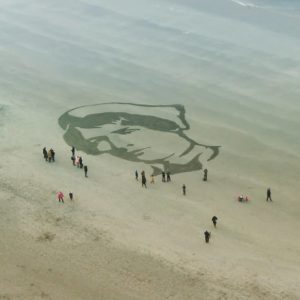 Members of the public enjoyed a spectacular view of the portrait from Mussenden Temple and Downhill Demesne, along with some great musical entertainment inside Mussenden Temple which was provided by the great team from Live Music Now.

Stendhal Festival is proud to continue to play a role in bringing the arts to our community. 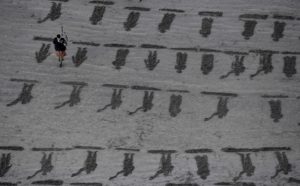