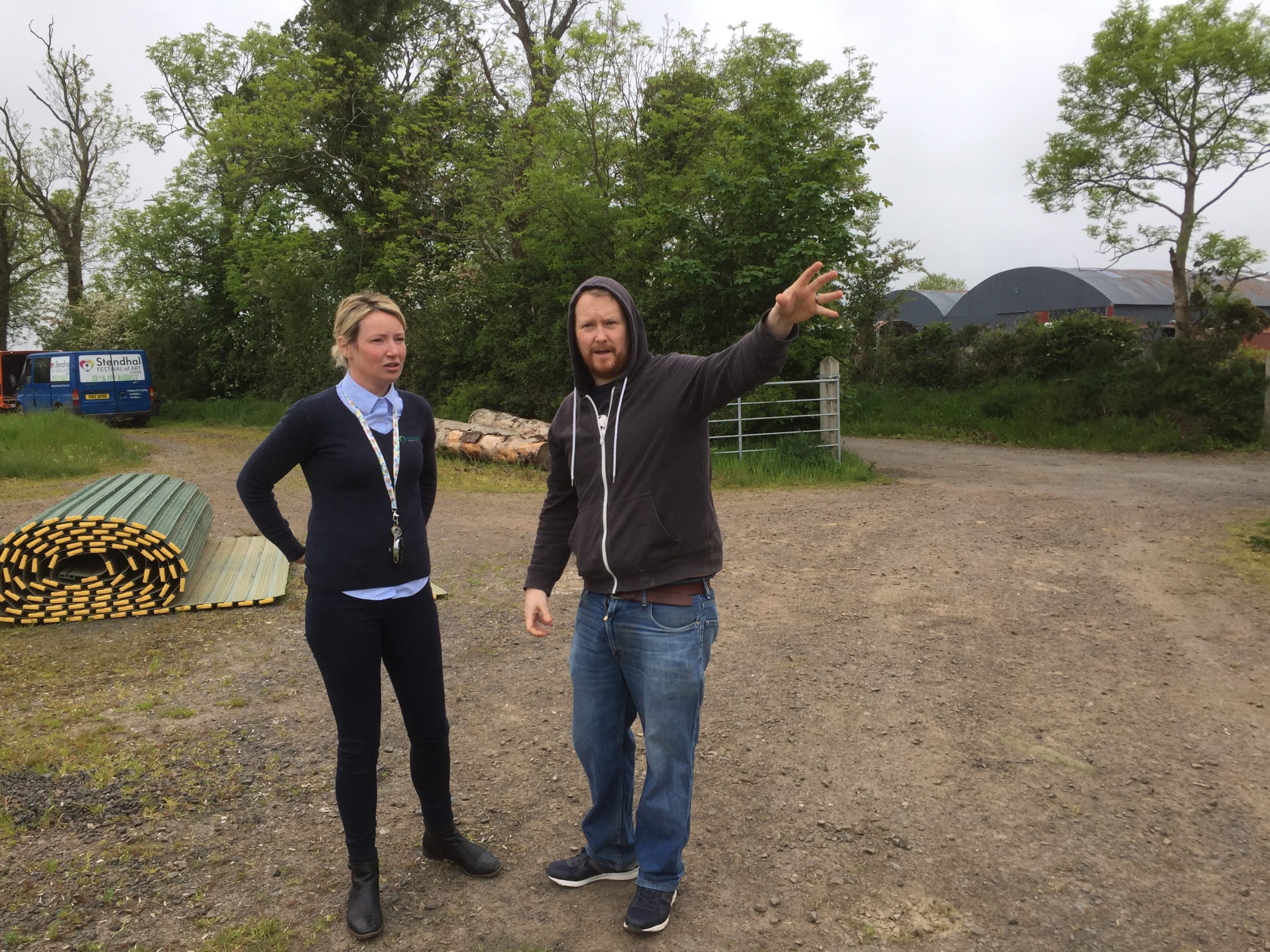 Ambitious pilot scheme at Stendhal could be industry changer in N.I.

The organisers of Limavady’s Stendhal Festival are continuing their push to make the event as green as possible this year thanks to an updated green policy which furthers their aim to make the festival a 100% zero waste event within the next five years.

This year the event, in continued partnership with Zero Waste North West (ZWNW), has agreed a new partnership with Natural World Products (NWP) to pilot a composting scheme that will be the largest and most ambitious in the Northern Irish Events sector.
This partnership will see all compostable food products – cups, plates, cutlery, takeaway containers plus pizza boxes, along with food waste, be composted and recycled into high quality organic soil conditioner, an environmentally friendly alternative to synthetic and chemical based fertilisers.

Previously the compostable food waste at the event had been sent to an anaerobic digester, which turned the waste into fuel and gas products but the organisers say that it just felt like a better fit for the resources to be reused as compost and returned to the Stendhal gardens.

“Its great to be working with NWP on this for the first time,” said Festival organiser John Cartwright.
“NWP is the leader in their field on the island of Ireland, recycling over 200,000 tonnes of organic material every year and making a major contribution to Northern Ireland meeting its recycling targets.
“They’ve invested hugely in infrastructure critical to our society’s attempts to combat the current climate emergency and every tonne of compost being returned to our heavily farmed soils actually locks up carbon in the ground rather than sending it back into the atmosphere.”

He added: “Proper and effective recycling is a real challenge for festivals like Stendhal, given the volumes of food and packaging waste produced, and we’re delighted that NWP is willing to go the extra mile to work with us on this, illustrating their dedication to green thinking and practice.”

Celine Magill, Head of Quality and Output at NWP said that she was excited about what a successful experience at Stendhal could mean for compostable recycling in Northern Ireland going forward.

“There’s a lot of confusion out there at the moment around what types of packaging is, in fact, genuinely compostable in an industrial process and we’re heavily engaged in trying to help educate relevant stakeholders around this. In order for the composting process to work successfully, we need to ensure that levels of cross-contamination from plastics and other non-compostable waste streams are kept to an absolute minimum.

“A Festival therefore presents a different type of challenge for us. There will be thousands of people there who we will be relying on to use the waste infrastructure and separation stations at the event to the best of their ability. Thankfully the Zero Waste Team and some of our own team from NWP will be onsite to help educate the festival going public on what to do with their waste and why their changing behaviours in terms of how they choose to dispose of their waste are so important to the climate fight.”

She added: “This is the first festival in Northern Ireland that, to our knowledge, has attempted to be so environmentally responsible in how it will dispose of its waste, so we are very hopeful that we can use this experience to carve out a method of best practice so that other large events in Northern Ireland can follow the example that will be set at Stendhal.”

Another improvement in Stendhal’s green policy is that this year Stendhal Festival is beginning the first phase of a two-year process to eliminate the use of plastic from the event. 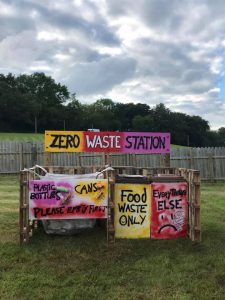 This year all single use plastics (with the exception of bottled water) will be banned from the event arenas, meaning none will be sold by traders or used in any other element of the festival.
Next year they will be banned entirely from the whole site including campsites, meaning that there will be no single use plastics allowed on site at all by either the public or traders.

This year for the first time, all bars at Stendhal will be operating with returnable cups, meaning that all cups are reusable and recycling of them is not required.

John Cartwright, who has been working closely with Derry/Londonderry based Zero Waste North West in order to make marked changes in the event’s waste management policy over the past three years says that the changes implanted this year are an important step forward.

“We have been working with Zero Waste for the past number of years to help update and implement our Green Policy,” he said. “With 10,000 people expected onsite this year, it is important that we try and set the right example in terms of waste management and I think we are making really big strides.

“I think everyone is really getting their eyes opened to the damage that pollution is doing to the earth, particularly with single use plastics, so I think that this two year approach to phasing out single use plastic is a very important step for us to take going forward.”

He added: This new we policy will go hand in hand with the circular economy stations we implemented last year, which separate waste for recycling and re-use, with the result that cans, plastics, food and compostable food packaging, residual waste and paper, all get separated on site and then taken off site to multiple facilities who ensure that all the waste is recycled and re-used.”

John continued: “ We are making more and more progress each year and should all go to plan we will be a zero waste event by 2024.
“The team at Zero Waste North West have been great to work with and really shown us how much of a difference a waste or green policy at an event of our size can make.”